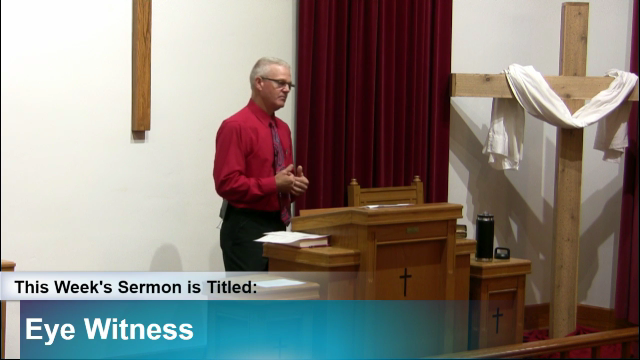 5 This is the message which we have heard from Him and declare to you, that God is light and in Him is no darkness at all. 6 If we say that we have fellowship with Him, and walk in darkness, we lie and do not practice the truth. 7 But if we walk in the light as He is in the light, we have fellowship with one another, and the blood of Jesus Christ His Son cleanses us from all sin.

23 Now when He got into a boat, His disciples followed Him. 24 And suddenly a great tempest arose on the sea, so that the boat was covered with the waves. But He was asleep. 25 Then His disciples came to Him and awoke Him, saying, “Lord, save us! We are perishing!”

10 “You are My witnesses,” says the Lord,
“And My servant whom I have chosen,
That you may know and believe Me,
And understand that I am He.
Before Me there was no God formed,
Nor shall there be after Me.
11 I, even I, am the Lord,
And besides Me there is no savior.
12 I have declared and saved,
I have proclaimed,
And there was no foreign god among you;
Therefore you are My witnesses,”
Says the Lord, “that I am God.

42 And they continued steadfastly in the apostles’ doctrine and fellowship, in the breaking of bread, and in prayers. 43 Then fear came upon every soul, and many wonders and signs were done through the apostles. 44 Now all who believed were together, and had all things in common, 45 and sold their possessions and goods, and divided them among all, as anyone had need.

46 So continuing daily with one accord in the temple, and breaking bread from house to house, they ate their food with gladness and simplicity of heart, 47 praising God and having favor with all the people. And the Lord added to the church daily those who were being saved.