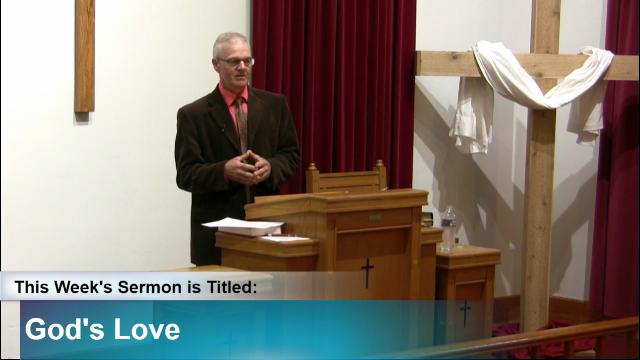 7 Beloved, let us love one another, for love is of God; and everyone who loves is born of God and knows God. 8 He who does not love does not know God, for God is love. 9 In this the love of God was manifested toward us, that God has sent His only begotten Son into the world, that we might live through Him. 10 In this is love, not that we loved God, but that He loved us and sent His Son to be the propitiation for our sins. 11 Beloved, if God so loved us, we also ought to love one another.

43 “You have heard that it was said, ‘You shall love your neighbor and hate your enemy.’ 44 But I say to you, love your enemies, bless those who curse you, do good to those who hate you, and pray for those who spitefully use you and persecute you, 45 that you may be sons of your Father in heaven; for He makes His sun rise on the evil and on the good, and sends rain on the just and on the unjust.

7 And the Lord God formed man of the dust of the ground, and breathed into his nostrils the breath of life; and man became a living being.

15 And they went into the ark to Noah, two by two, of all flesh in which is the breath of life.

4 But when the kindness and the love of God our Savior toward man appeared, 5 not by works of righteousness which we have done, but according to His mercy He saved us, through the washing of regeneration and renewing of the Holy Spirit, 6 whom He poured out on us abundantly through Jesus Christ our Savior,

9 Much more then, having now been justified by His blood, we shall be saved from wrath through Him. 10 For if when we were enemies we were reconciled to God through the death of His Son, much more, having been reconciled, we shall be saved by His life. 11 And not only that, but we also rejoice in God through our Lord Jesus Christ, through whom we have now received the reconciliation.
12 Therefore, just as through one man sin entered the world, and death through sin, and thus death spread to all men, because all sinned—

5 And I said: “I pray, Lord God of heaven, O great and awesome God, You who keep Your covenant and mercy with those who love You and observe Your commandments,

31 “Behold, the days are coming, says the Lord, when I will make a new covenant with the house of Israel and with the house of Judah— 32 not according to the covenant that I made with their fathers in the day that I took them by the hand to lead them out of the land of Egypt, My covenant which they broke, though I was a husband to them, says the Lord. 33 But this is the covenant that I will make with the house of Israel after those days, says the Lord: I will put My law in their minds, and write it on their hearts; and I will be their God, and they shall be My people. 34 No more shall every man teach his neighbor, and every man his brother, saying, ‘Know the Lord,’ for they all shall know Me, from the least of them to the greatest of them, says the Lord. For I will forgive their iniquity, and their sin I will remember no more.”

7 If you endure chastening, God deals with you as with sons; for what son is there whom a father does not chasten? 8 But if you are without chastening, of which all have become partakers, then you are illegitimate and not sons. 9 Furthermore, we have had human fathers who corrected us, and we paid them respect. Shall we not much more readily be in subjection to the Father of spirits and live? 10 For they indeed for a few days chastened us as seemed best to them, but He for our profit, that we may be partakers of His holiness. 11 Now no chastening seems to be joyful for the present, but painful; nevertheless, afterward it yields the peaceable fruit of righteousness to those who have been trained by it.

13 For when God made a promise to Abraham, because He could swear by no one greater, He swore by Himself, 14 saying, “Surely blessing I will bless you, and multiplying I will multiply you.” 15 And so, after he had patiently endured, he obtained the promise. 16 For men indeed swear by the greater, and an oath for confirmation is for them an end of all dispute. 17 Thus God, determining to show more abundantly to the heirs of promise the immutability of His counsel, confirmed it by an oath, 18 that by two immutable things, in which it is impossible for God to lie, we might have strong consolation, who have fled for refuge to lay hold of the hope set before us.
19 This hope we have as an anchor of the soul, both sure and steadfast, and which enters the Presence behind the veil, 20 where the forerunner has entered for us, even Jesus, having become High Priest forever according to the order of Melchizedek.