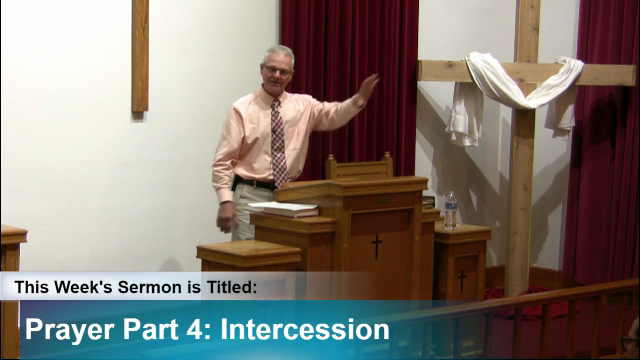 Now about that time Herod the king stretched out his hand to harass some from the church. 2 Then he killed James the brother of John with the sword. 3 And because he saw that it pleased the Jews, he proceeded further to seize Peter also. Now it was during the Days of Unleavened Bread. 4 So when he had arrested him, he put him in prison, and delivered him to four squads of soldiers to keep him, intending to bring him before the people after Passover.

5 Peter was therefore kept in prison, but constant prayer was offered to God for him by the church. 6 And when Herod was about to bring him out, that night Peter was sleeping, bound with two chains between two soldiers; and the guards before the door were keeping the prison. 7 Now behold, an angel of the Lord stood by him, and a light shone in the prison; and he struck Peter on the side and raised him up, saying, “Arise quickly!” And his chains fell off his hands. 8 Then the angel said to him, “Gird yourself and tie on your sandals”; and so he did. And he said to him, “Put on your garment and follow me.” 9 So he went out and followed him, and did not know that what was done by the angel was real, but thought he was seeing a vision. 10 When they were past the first and the second guard posts, they came to the iron gate that leads to the city, which opened to them of its own accord; and they went out and went down one street, and immediately the angel departed from him.

11 And when Peter had come to himself, he said, “Now I know for certain that the Lord has sent His angel, and has delivered me from the hand of Herod and from all the expectation of the Jewish people.”

12 So, when he had considered this, he came to the house of Mary, the mother of John whose surname was Mark, where many were gathered together praying. 13 And as Peter knocked at the door of the gate, a girl named Rhoda came to answer. 14 When she recognized Peter’s voice, because of her gladness she did not open the gate, but ran in and announced that Peter stood before the gate. 15 But they said to her, “You are beside yourself!” Yet she kept insisting that it was so. So they said, “It is his angel.”

16 Now Peter continued knocking; and when they opened the door and saw him, they were astonished.

30 So I sought for a man among them who would make a wall, and stand in the gap before Me on behalf of the land, that I should not destroy it; but I found no one.

17 Elijah was a man with a nature like ours, and he prayed earnestly that it would not rain; and it did not rain on the land for three years and six months. 18 And he prayed again, and the heaven gave rain, and the earth produced its fruit.

16 Then the men rose from there and looked toward Sodom, and Abraham went with them to send them on the way. 17 And the Lord said, “Shall I hide from Abraham what I am doing, 18 since Abraham shall surely become a great and mighty nation, and all the nations of the earth shall be blessed in him? 19 For I have known him, in order that he may command his children and his household after him, that they keep the way of the Lord, to do righteousness and justice, that the Lord may bring to Abraham what He has spoken to him.” 20 And the Lord said, “Because the outcry against Sodom and Gomorrah is great, and because their sin is very grave, 21 I will go down now and see whether they have done altogether according to the outcry against it that has come to Me; and if not, I will know.”

26 So the Lord said, “If I find in Sodom fifty righteous within the city, then I will spare all the place for their sakes.”

27 Then Abraham answered and said, “Indeed now, I who am but dust and ashes have taken it upon myself to speak to the Lord: 28 Suppose there were five less than the fifty righteous; would You destroy all of the city for lack of five?”

So He said, “If I find there forty-five, I will not destroy it.”

29 And he spoke to Him yet again and said, “Suppose there should be forty found there?”

30 Then he said, “Let not the Lord be angry, and I will speak: Suppose thirty should be found there?”

So He said, “I will not do it if I find thirty there.”

31 And he said, “Indeed now, I have taken it upon myself to speak to the Lord: Suppose twenty should be found there?”

So He said, “I will not destroy it for the sake of twenty.”

32 Then he said, “Let not the Lord be angry, and I will speak but once more: Suppose ten should be found there?”

And He said, “I will not destroy it for the sake of ten.” 33 So the Lord went His way as soon as He had finished speaking with Abraham; and Abraham returned to his place.

Therefore I exhort first of all that supplications, prayers, intercessions, and giving of thanks be made for all men, 2 for kings and all who are in authority, that we may lead a quiet and peaceable life in all godliness and reverence. 3 For this is good and acceptable in the sight of God our Savior, 4 who desires all men to be saved and to come to the knowledge of the truth. 5 For there is one God and one Mediator between God and men, the Man Christ Jesus, 6 who gave Himself a ransom for all, to be testified in due time, 7 for which I was appointed a preacher and an apostle—I am speaking the truth in Christ and not lying—a teacher of the Gentiles in faith and truth.

8 I desire therefore that the men pray everywhere, lifting up holy hands, without wrath and doubting;

8 He who sins is of the devil, for the devil has sinned from the beginning. For this purpose the Son of God was manifested, that He might destroy the works of the devil.