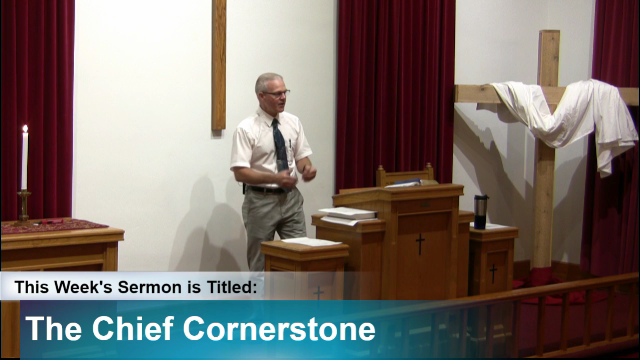 Now it happened on one of those days, as He taught the people in the temple and preached the gospel, that the chief priests and the scribes, together with the elders, confronted Him 2 and spoke to Him, saying, “Tell us, by what authority are You doing these things? Or who is he who gave You this authority?”

3 But He answered and said to them, “I also will ask you one thing, and answer Me: 4 The baptism of John—was it from heaven or from men?”

5 And they reasoned among themselves, saying, “If we say, ‘From heaven,’ He will say, ‘Why then did you not believe him?’ 6 But if we say, ‘From men,’ all the people will stone us, for they are persuaded that John was a prophet.” 7 So they answered that they did not know where it was from.

8 And Jesus said to them, “Neither will I tell you by what authority I do these things.”

9 Then He began to tell the people this parable: “A certain man planted a vineyard, leased it to vinedressers, and went into a far country for a long time. 10 Now at vintage-time he sent a servant to the vinedressers, that they might give him some of the fruit of the vineyard. But the vinedressers beat him and sent him away empty-handed. 11 Again he sent another servant; and they beat him also, treated him shamefully, and sent him away empty-handed. 12 And again he sent a third; and they wounded him also and cast him out.

And when they heard it they said, “Certainly not!”

17 Then He looked at them and said, “What then is this that is written:

‘The stone which the builders rejected
Has become the chief cornerstone’?

18 Whoever falls on that stone will be broken; but on whomever it falls, it will grind him to powder.”

19 And the chief priests and the scribes that very hour sought to lay hands on Him, but they feared the people—for they knew He had spoken this parable against them.

45 Then He went into the temple and began to drive out those who bought and sold in it, 46 saying to them, “It is written, ‘My house is a house of prayer,’ but you have made it a ‘den of thieves.’ ”

47 And He was teaching daily in the temple. But the chief priests, the scribes, and the leaders of the people sought to destroy Him, 48 and were unable to do anything; for all the people were very attentive to hear Him.

Restore us, O God of hosts;
Cause Your face to shine,
And we shall be saved!

8 You have brought a vine out of Egypt;
You have cast out the nations, and planted it.
9 You prepared room for it,
And caused it to take deep root,
And it filled the land.

The stone which the builders rejected
Has become the chief cornerstone.

4 Coming to Him as to a living stone, rejected indeed by men, but chosen by God and precious, 5 you also, as living stones, are being built up a spiritual house, a holy priesthood, to offer up spiritual sacrifices acceptable to God through Jesus Christ. 6 Therefore it is also contained in the Scripture,

“Behold, I lay in Zion
A chief cornerstone, elect, precious,
And he who believes on Him will by no means be put to shame.”

7 Therefore, to you who believe, He is precious; but to those who are disobedient,

“The stone which the builders rejected
Has become the chief cornerstone,”

“A stone of stumbling
And a rock of offense.”

They stumble, being disobedient to the word, to which they also were appointed.

19 Now, therefore, you are no longer strangers and foreigners, but fellow citizens with the saints and members of the household of God, 20 having been built on the foundation of the apostles and prophets, Jesus Christ Himself being the chief cornerstone, 21 in whom the whole building, being fitted together, grows into a holy temple in the Lord, 22 in whom you also are being built together for a dwelling place of God in the Spirit.