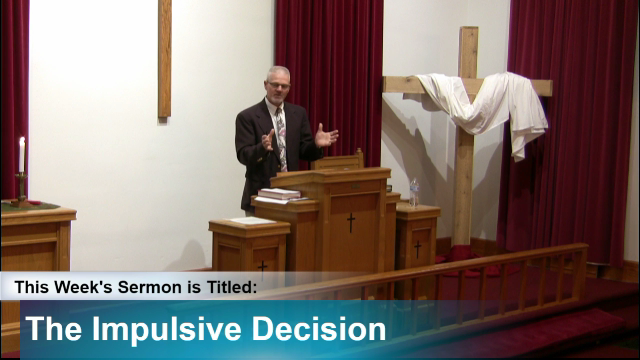 19 This is the genealogy of Isaac, Abraham’s son. Abraham begot Isaac. 20 Isaac was forty years old when he took Rebekah as wife, the daughter of Bethuel the Syrian of Padan Aram, the sister of Laban the Syrian. 21 Now Isaac pleaded with the Lord for his wife, because she was barren; and the Lord granted his plea, and Rebekah his wife conceived. 22 But the children struggled together within her; and she said, “If all is well, why am I like this?” So she went to inquire of the Lord.

“Two nations are in your womb,
Two peoples shall be separated from your body;
One people shall be stronger than the other,
And the older shall serve the younger.”

24 So when her days were fulfilled for her to give birth, indeed there were twins in her womb. 25 And the first came out red. He was like a hairy garment all over; so they called his name Esau. 26 Afterward his brother came out, and his hand took hold of Esau’s heel; so his name was called Jacob. Isaac was sixty years old when she bore them.

27 So the boys grew. And Esau was a skillful hunter, a man of the field; but Jacob was a mild man, dwelling in tents. 28 And Isaac loved Esau because he ate of his game, but Rebekah loved Jacob.

29 Now Jacob cooked a stew; and Esau came in from the field, and he was weary. 30 And Esau said to Jacob, “Please feed me with that same red stew, for I am weary.” Therefore his name was called Edom.

31 But Jacob said, “Sell me your birthright as of this day.”

So he swore to him, and sold his birthright to Jacob. 34 And Jacob gave Esau bread and stew of lentils; then he ate and drank, arose, and went his way. Thus Esau despised his birthright.

34 So he said, “I am Abraham’s servant. 35 The Lord has blessed my master greatly, and he has become great; and He has given him flocks and herds, silver and gold, male and female servants, and camels and donkeys.

11 In Him also we have obtained an inheritance, being predestined according to the purpose of Him who works all things according to the counsel of His will, 12 that we who first trusted in Christ should be to the praise of His glory.

13 In Him you also trusted, after you heard the word of truth, the gospel of your salvation; in whom also, having believed, you were sealed with the Holy Spirit of promise, 14 who is the guarantee of our inheritance until the redemption of the purchased possession, to the praise of His glory.

15 Therefore I also, after I heard of your faith in the Lord Jesus and your love for all the saints, 16 do not cease to give thanks for you, making mention of you in my prayers: 17 that the God of our Lord Jesus Christ, the Father of glory, may give to you the spirit of wisdom and revelation in the knowledge of Him,

13 And since we have the same spirit of faith, according to what is written, “I believed and therefore I spoke,” we also believe and therefore speak, 14 knowing that He who raised up the Lord Jesus will also raise us up with Jesus, and will present us with you. 15 For all things are for your sakes, that grace, having spread through the many, may cause thanksgiving to abound to the glory of God.